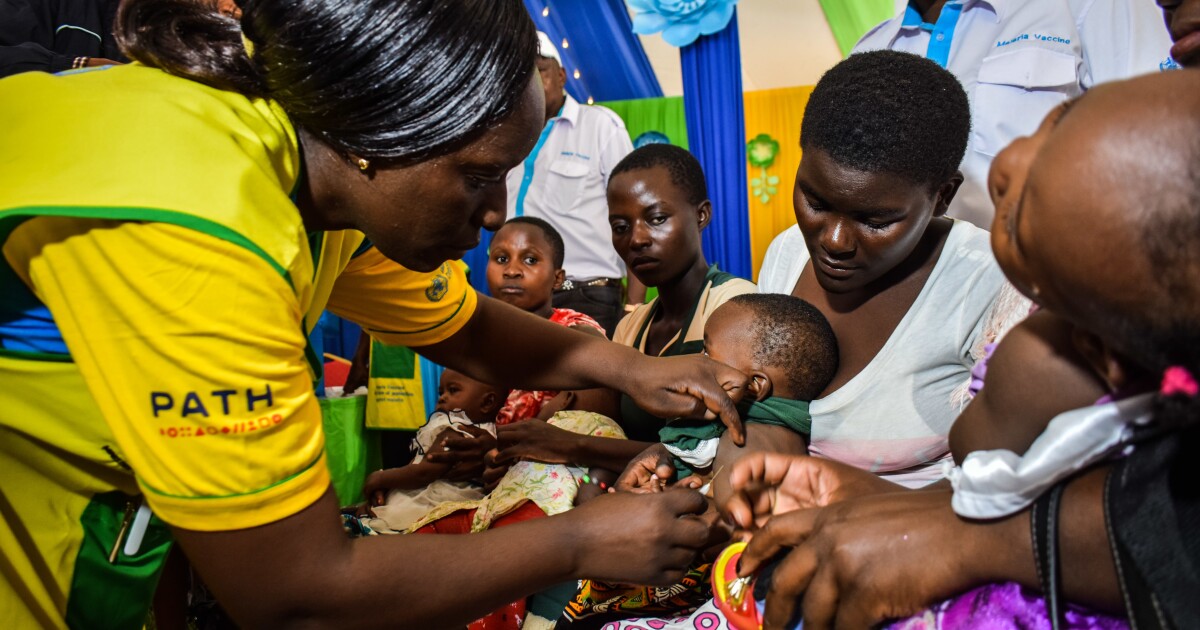 Earlier this week, Dr Kwaku Poku Asante from Ghana received the phone call he constantly dreads. It was his son’s school. Her child had a fever. “I don’t know if it’s malaria,” he said, “but I’m troubled.”

Asante’s son is 14, so he is not in the high-risk group of children 5 and under. Yet in much of Africa, parents are terrified of a youngster’s fever, which can signal malaria.

And sometimes these children die. In 2020, the World Health Organization counted nearly a quarter of a billion cases of malaria in children and adults, mostly in Africa, resulting in 627,000 deaths. For years, the best protective measures have been preventative – insecticide-treated bed nets, antimalarial pills, closing windows at night, and reducing mosquito habitat.

“With all these interventions, there came a point where we hit a plateau,” says Dr Rose Jalang’o who works with the National Vaccines and Immunization Program at Kenya’s Ministry of Health. “At this point, we needed new tools to further reduce the burden of malaria.”

Such a new tool arrived last fall when the WHO authorized the deployment of a malaria vaccine – the first ever against a parasitic disease – in Ghana, Kenya and Malawi. And now it has reached a milestone – 1 million children received at least one dose in April.

The timing of the vaccine launch is critical. During the pandemic, the mosquito-borne disease has seen an increase in cases and deaths.

The vaccine took a long time to arrive. It took more than 30 years to develop, in part because “the malaria parasite is so complex,” says Dr Mary Hamel, who leads the malaria vaccine team at WHO. Its approximately 5,000 genes (compared to only around 30 for SARS-CoV-2) have allowed it to escape our immune system through various adaptations. The vaccine combines an immune stimulant and a protein that “completely coats the outer membrane of the first stage of the malaria parasite, which is called the sporozoite,” says Hamel.

There are concerns about the effectiveness of the new vaccine and its demanding schedule. It takes 3 or 4 doses at 2 years of age – a challenge for parents. Moreover, the vaccine only reduces hospitalizations for severe malaria by 30%, and there is a large margin of error on this figure. With three doses, effectiveness may decrease, although children have some protection at a vulnerable age.

But this benefit can be extended. A fourth dose, says Hamel, prolongs protection until age 3½ or even 4 years. Additionally, vaccination before the high malaria transmission season provides that extra protection at a crucial time.

“Having a malaria vaccine has the potential to reduce deaths associated with malaria, so I think that’s a really big deal,” Jalang’o says. She says community members have told her that their children get less malaria: “For example, a mother tells you that a child who has been vaccinated may have only 1 or 2 episodes of malaria a year compared to 4 or 5 cases in the past.”

“You know, it’s not perfect,” says Dyann Wirth, a geneticist at Harvard TH Chan School of Public Health. “Would I like a vaccine that was 100% effective and easily administered in a single dose? Absolutely. But that’s not the reality.” Wirth chairs an independent advisory group on malaria at the WHO and observes: “The vaccine shows some protection. I think not using it would not be justifiable. It is important that it is available to the populations that can benefit from it.

Moreover, health professionals on the ground say that this vaccine is not intended to replace other measures such as mosquito nets. It’s an extra layer of protection.

And with more vaccines and preventative treatments in the pipeline, Dr. Asante is optimistic. “At this point,” he says, “if there is a vaccine, we can only improve it over time.”